After some head-scratching and data sheet reading, I decided that I couldn't work out what the specifications of the Jaycar ferrite cores I have are. So, I decided to try them out!

The result is not too pretty: 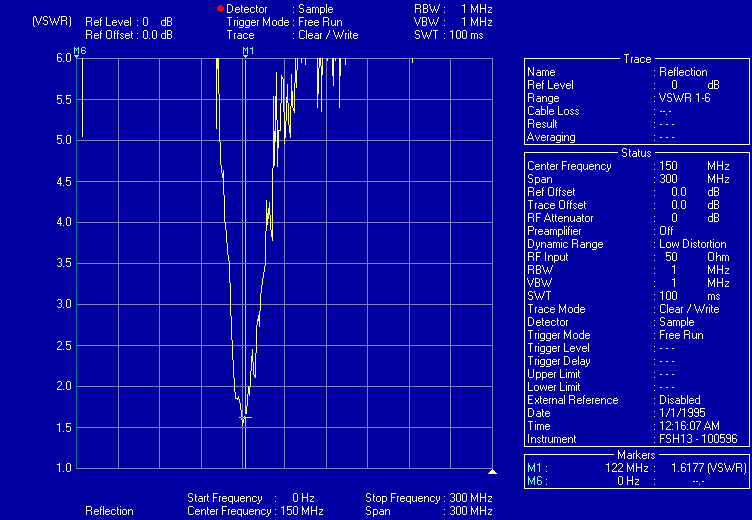 Minimum VSWR is 1.5 at 122 MHz, and something like 6 at the desired centre frequency, 150 MHz, though today the minimum VSWR seems to be closer to 4.5.

Time to research a better ferrite!

Some more research suggests that the propagation speed of electricity in a wire is 80% that of a vacuum, and to use the formula l=143/f(Mhz) instead. This gave a length of 47.6cm, so I sawed the end off the pipes. The result? The centre frequency has moved up to about 133 MHz, though the dip is pretty broad and 150 MHz isn't that much higher (VSWR = 6.5 vs 5.5).

To rule out a bad ferrite, I'll try the 'air core coax balun' method instead.

Interestingly, the VSWR response is much nicer without the balun, though it's unlikely that this is a useful result! With an air core, the VSWR is getting better - 2 at 133 MHz, but interestingly, two peaks. Unfortunately this was done using a coax lead, BNC to SMA adaptor, SMA bulkhead connector, and twisted pair of enamelled wire rather than coax straight to the antenna, which probably affects the performance. 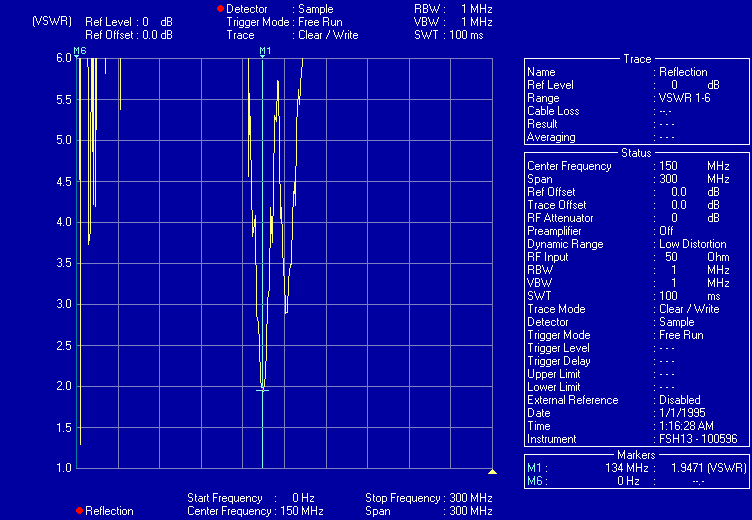 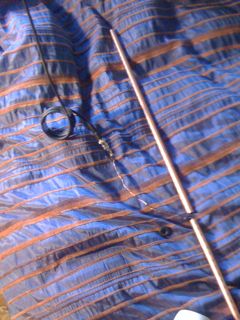 Note - these figures don't seem to be reliably reproducible! I tried 5% on the smaller ferrite again and got around 4.8.

Disregard all of that! It turns out that my bed doesn't make a good place to test antennas (!).

I cleared off my desk and now get a SWR of 1.1 with 5 turns on the smaller Fair Rite ferrite, though the frequency response is odd - the minimum is at 109 MHz when I test it on the floor, and 121 on my desk.

With 2 turns, the reading from the floor has moved up to 115 MHz, and desk to a fairly broadband (but slightly worse) response, probably still centred on 115 MHz.

Next step - shorten the dipoles by another 2cm. I suspect that the rather large diameter of the copper pipes (0.91 mm, though that may be the internal diameter) is having an effect on the resonance. 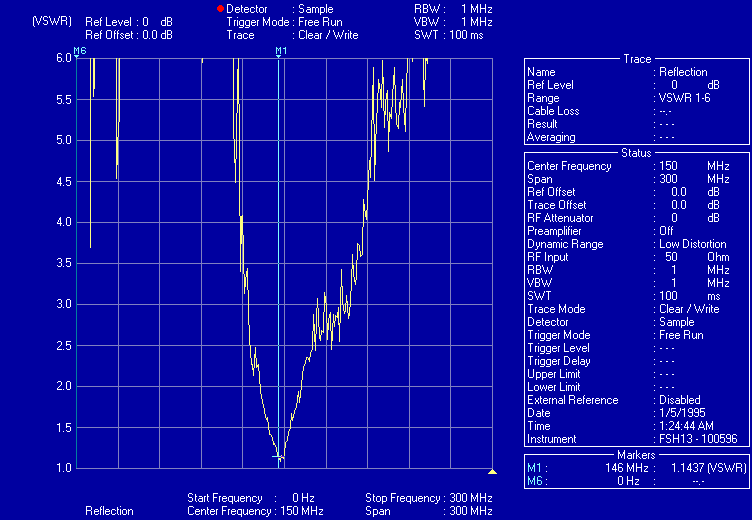